How To Stop Being Too Nice In A Relationship. Why Nice Guys Finish Last. 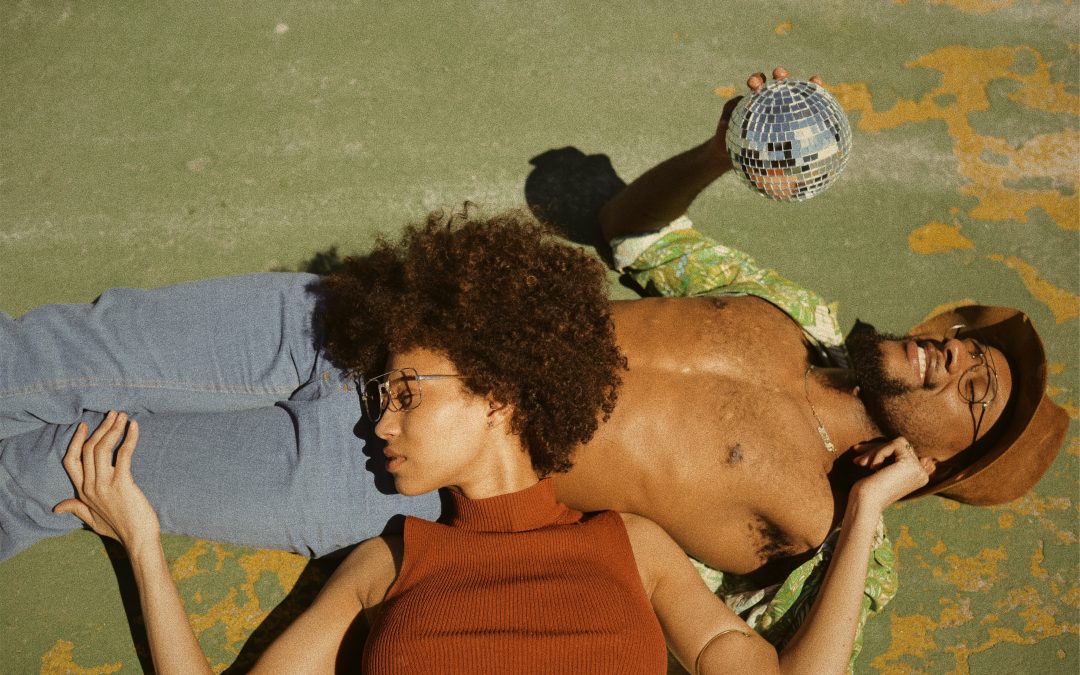 How To Start Being More Assertive In A Relationship. Why Nice Guys Finish Last

Most of us have been taught the importance of being nice to others. We strive to follow “The Golden Rule,” of treating others as we wish to be treated. We try to be helpful, supportive, and positive to those around us. But, are there times when you are being nice just so others will like you? Do you sometimes hide your true feelings in your search for acceptance from friends and loved ones? You may not even realize you are doing this half the time because you have been so accustomed to ignoring your own boundaries and intuition, that you trick yourself into thinking you DO want what they do. If this sounds like you, we need to have a little chat about boundaries and assertiveness.

Of course, there are times when we are genuinely nice to other people AND that aligns with our true desires and intentions. We give a compliment or we offer to take a friend’s dog for a walk when said friend is sick with the flu. Yet, most of us have also experienced times when we’ve wanted to say “no,” but said “yes” or lied to someone to avoid hurting his or her feelings.

White lies aren’t so bad, right? Well, that’s debatable and it depends on your true intention behind the white lie. When we lie to someone to avoid hurting him or her, in many instances, we stop being nice and start being self-serving. I know this sounds backward but let me clarify. When we lie to make someone happy, we are often more interested in how we look to the person than in trying to have a genuine interaction with them. We aren’t acting out of real care or concern for our loved one and are actually trying to protect our own image.

In other words, being nice to please others comes with some major downfalls.

Being Too Nice In A Relationship

Trying too hard to be nice doesn’t allow you to make your own choices. Instead, you follow the lead of others and do what other people want you to do. Because of this, you become disconnected from your own dreams, wishes and desires and your life ends up being about what others want, instead of what you want.

An extreme (but very common) example of people pleasing, is choosing a career path your parents want you to pursue rather than doing what you really want to do. Another example might be staying in an unhealthy relationship way past its expiration date because you feel bad hurting your partner or leaving them during a hard time they are going through. Or perhaps you agree to go to a restaurant that you really don’t like rather than telling your friends you aren’t a fan and making it more difficult for the group. Regardless of how big or small the sacrifice, you lose a little piece of yourself every time you try to be nice at the expense of what you really want.

Speaking Your Mind In A Relationship

Constantly trying to please others leads to superficial relationships that only exist on a surface level. They don’t have the depth that true partnerships need to succeed because you never let them see the real you. Trying to be who someone else wants you to be, causes you to lose who you really are, and this takes away your ability to feel your true feelings. This can lead to you feeling lost and alone, which is exactly what you were trying to avoid by being nice in the first place! 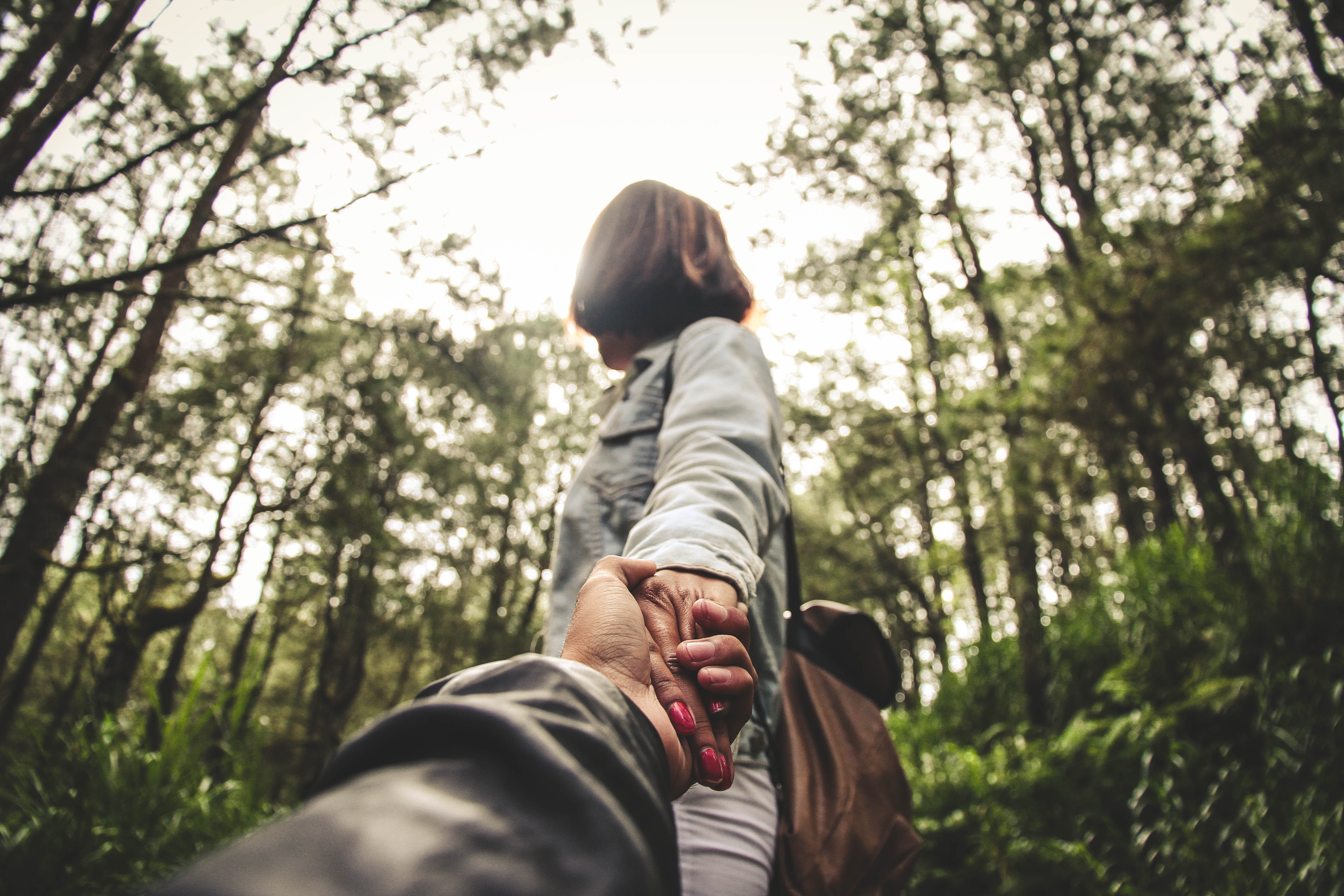 People cannot respect you or truly connect with you if you are fake with them. Always saying “yes” to someone will eventually cause that person to look down on you or feel like you aren’t being honest with them. In order for a healthy relationship to exist, both people have to be honest about what their needs and wants are, and it can’t be one-sided.

Being Assertive In A Relationship

Being fake or being a people pleaser in relationships also leads to them ending somewhat abruptly, often around the 3 to 6 month mark. If you have had a string of relationships that start out hot and heavy and then end unexpectedly just as you start to let your guard down, this is a good indicator that you might be acting genuinely in your relationship.

The reason your partners leave as soon as you get comfortable and let your guard down is because the real you starts to come out once you feel comfortable. Now it’s important to recognize this does not mean the real you isn’t lovable! I promise you are. It’s just that you entered into this relationship under false pretenses and the person you truly are, is not the person your partner signed up to be with. Had you been your authentic self from the get-go, you could’ve saved yourselves both time and heartbreak because one or both of you would have realized it’s not a great match before getting too invested.

Though it’s scary to put your true self (flaws and all) out there and face rejection, it’s easier if you realize that somebody’s opinion of you does not determine your worth. Just because you aren’t a good fit for somebody (or vice versa) does not mean you or they are not worthy of love. It just means that particular relationship wasn’t a good fit. You can’t be everyone’s cup of tea! 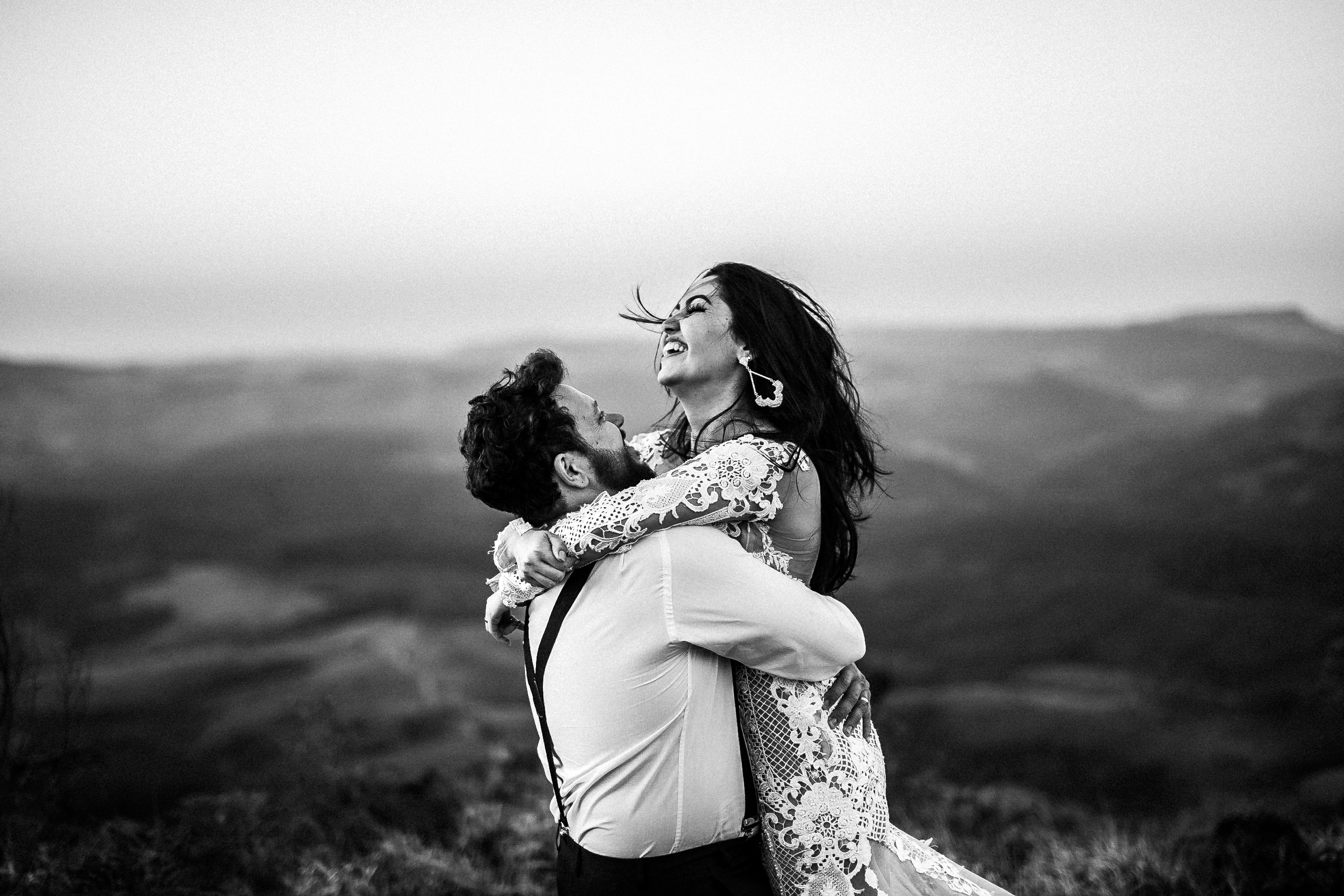 Just as others can’t respect you if you are constantly saying “yes” to them, you also can’t hold true feelings for someone when you are not being your true self with them. If you are constantly afraid that saying “no” to someone will make them stop loving you, then you aren’t in a healthy relationship; you are in a fake one.

I realize some of what I have said here might sound harsh. Believe me, I understand wanting others to like or love you. Still, I believe that you deserve to be loved for who you are, not for who you are pretending to be. I promise, being in a relationship as your true self is way more rewarding than simply trying to be nice.

How To Speak Your Mind In A Relationship 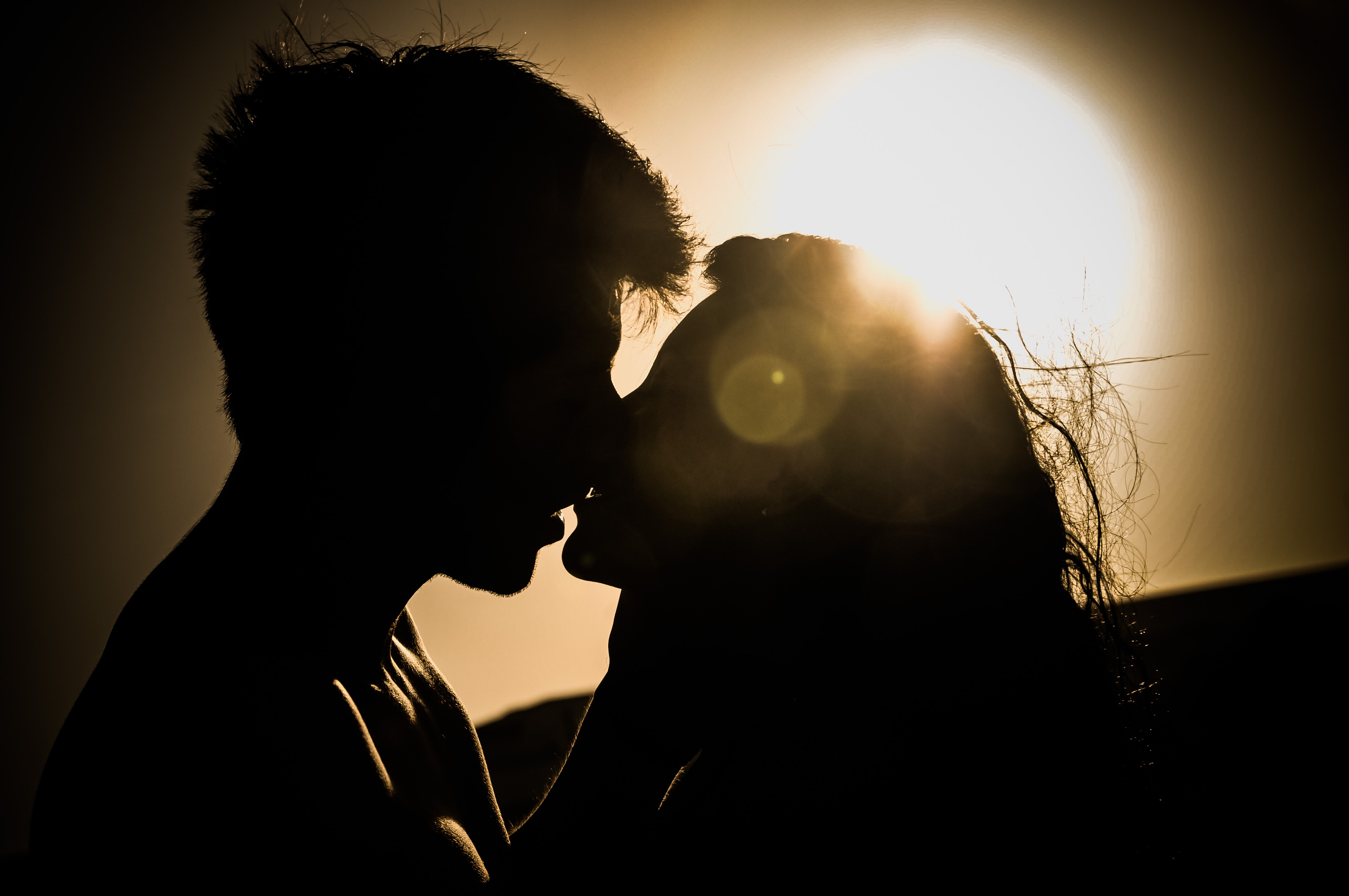 So, let’s say I’ve convinced you that being nice isn’t always the answer. Okay, then what is the answer?

Well, if you’ve ever been within spitting distance of a therapist or self-help book, you’ve probably heard the answer. It’s assertiveness. Still, do you really know what that means? It’s okay if you don’t. Many people confuse assertiveness with “being rude” or “getting what you want.” The truth is, it’s neither of those things.

How To Be Assertive In A Relationship

Psychologists believe that assertiveness is a teachable social skill and that it’s very important to be assertive in relationships. In fact, research has proven that higher levels of assertiveness are linked to higher levels of happiness in a relationship so this isn’t just opinion; it’s facts. Being assertive means that you stand up for yourself and speak your mind but without being rude or aggressive toward anyone else. It also means that you clearly state your opinions, goals, values, and boundaries without becoming angry or withdrawn. While being assertive, you may try to influence another person’s opinion, but you wouldn’t disrespect or be mean to that person while doing so. That’s just flat out aggression and is nowhere near as effective as assertiveness (unless your goal is to scare and alienate others.)

Learning To Be Assertive In Relationships

The biggest reason that so many people struggle with being assertive comes down to low self-esteem. If you don’t feel good about yourself from the inside, then you look to others to fill that void. You want everyone around you to like you, and because of that, you will hold back from saying what you really mean, or how you truly feel about things.

Whether you are outright lying, or just withholding the truth, keeping things to yourself because you are afraid of how others will react is bad for your relationships. You aren’t giving people the opportunity to know the real you, and that’s a shame!

Another reason that some people find it hard to be assertive, is that they judge themselves too harshly. If you are constantly trying to be perfect and always say the right thing, then you might stop yourself from sharing your true feelings and opinions. You might tell yourself that your opinion is “stupid,” or “wrong,” and silence yourself. Again, this is sad for your relationships with others because other people don’t get to hear your wonderful and unique ideas.

One of the best things about assertiveness is that it can be learned! This means that even if you don’t think you have it mastered right now, it’s okay! We can work on it!

First, we would work on your self-esteem or the way that you value yourself. By helping you to see that your opinions, thoughts, and feelings have worth, you would have an easier time expressing them directly with others.

Next, and this one may come as a surprise, we would help you value others more. Think about it, if you aren’t sharing your true self with someone, do you really care about that person? If you can’t tell your friend that you were hurt when she didn’t come to your birthday party, are you really committed to repairing the rupture and being her friend? Real relationships require honesty, and you have to care enough about the other person to be willing to be honest. 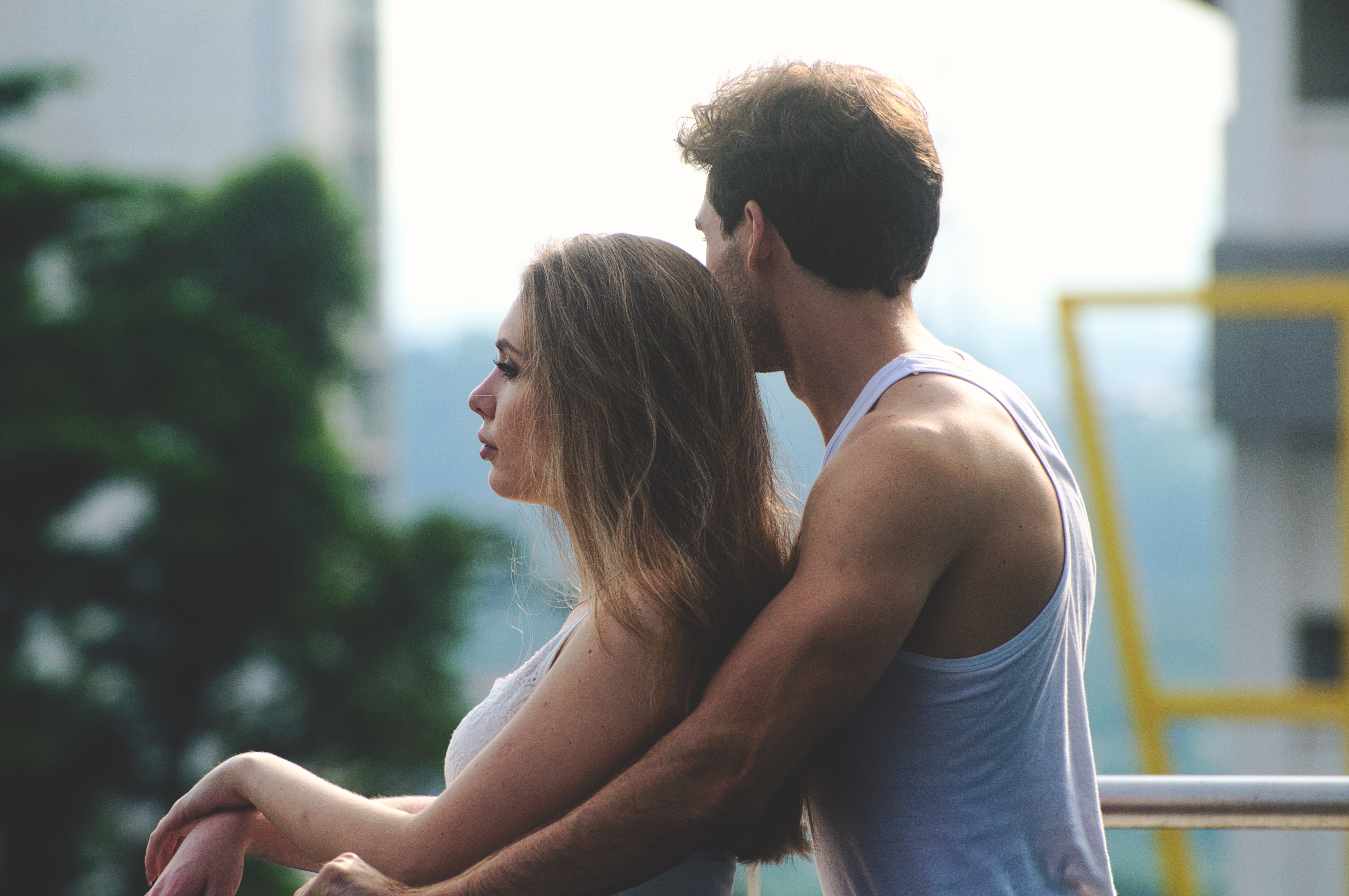 Finally, we would help you build courage. Remember the cowardly lion in “The Wizard of Oz?” He knew how important it was to have courage! Courage allows you to do what you need to do, even when you are afraid. It allows you to feel the fear and do it anyway. That means that you might not want to bring up a controversial topic, or tell someone that they hurt you, but you do it anyway because you know that you are strong enough to handle whatever happens next. That’s the kind of courage that helps you, your relationships, and ultimately the whole world!

Examples Of Being Assertive In A Relationship

Alright, now let’s get down to the nitty-gritty. I’m going to teach you a foolproof way of making an assertive statement. The recipe for this kind of statement looks like this:

Use “I” Statements – Speak from the first person about how you feel. This helps to lessen the defenses of the person you are talking to.

Describe Specific Behaviors That You Find Problematic – Instead of criticizing the person, you are criticizing his behavior. Again, this helps to lessen the chances that he or she will feel attacked and attack you back.

Let’s look at an example of how this recipe works. Say your boyfriend has a habit of picking up his phone when the two of you are out on dates and it really bothers you. You might want to say something like, “You always ignore me! Why are we even together?!”, but that is probably more aggressive than assertive. An assertive statement would look like this:

“I feel ignored when you answer your phone during dinner.”

“Could we please make dinner a phone-free zone? It would make me feel so much more loved and like a priority that way.”

Does this sound like something that you could do? If it sounds hard to you, I’m happy to help support you in gradually learning and integrating assertiveness into your life. Book a free 30 min consultation today! 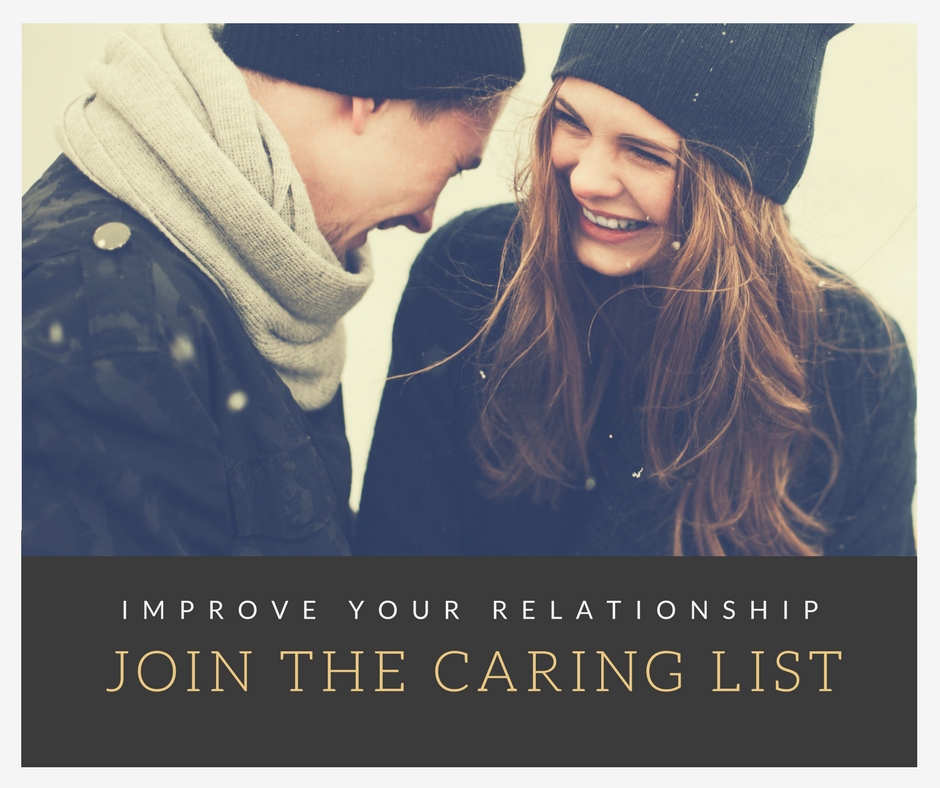 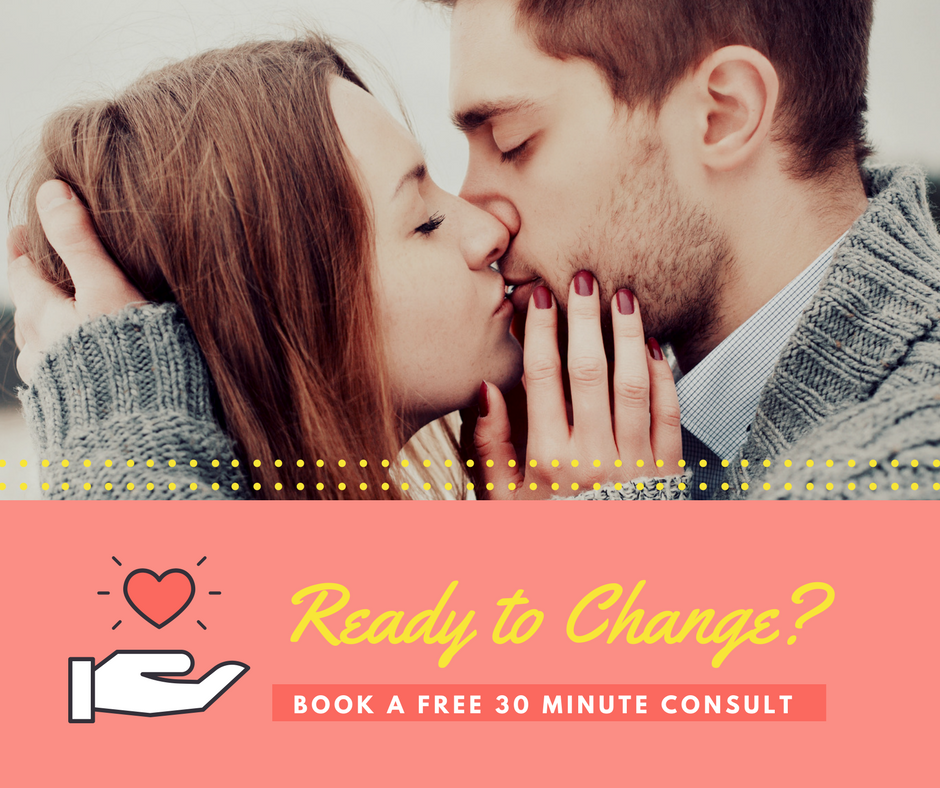 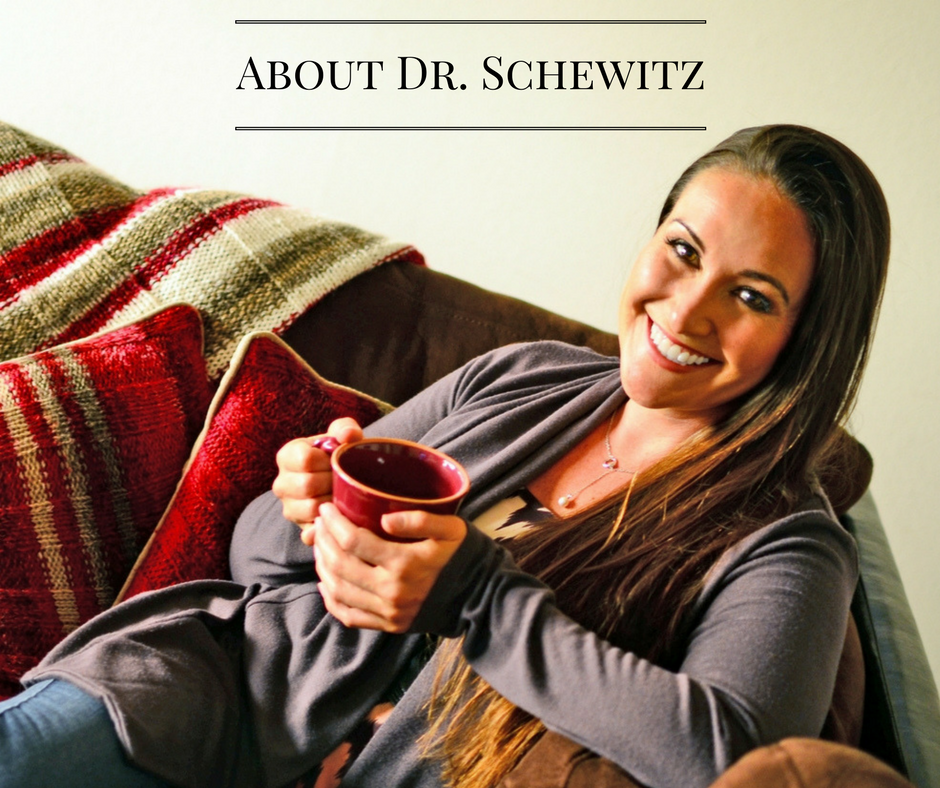